There has been a huge rise in the interest in the game of Hockey that has not been seen since the 1988 Seoul Olympics when the Men’s Team GB won a gold medal. This feat has recently been repeated, and in some style by the Ladies team in 2016 and the sport is enjoying a new renaissance with many people looking to take up this ancient game. We know that the game dates back to as far back as Egyptian times as there have been archaeological evidence to show the game being played between to individuals holding the curved hockey stick. We don’t know what the rules were back then, but I’ll bet they could have benefited from watching some Hockey Drill Videos by Sportplan.net Let’s see how we can actually hit the ball properly and firstly how we can hold the stick. 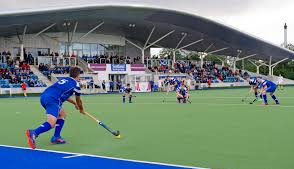 It’s not just a case of gripping the thing any old how. You need to position yourself correctly otherwise you’ll make a right hash of it. Believe you me there is nothing more humiliating than fluffing the pass off a penalty corner. The ire of your teammates is not what you want to get let me tell you. So there are two ways to hold the stick. The first way is the upper grip. No prizes for guessing that this is at the higher end of the stick. This is where you can get the power element. You have to hold the stick tightly with hands close to by each other. In fact, it’s required that there is no gap at all. The other grip is the choke grip. This is where you hold the stick at the lower end of. Again, you need to clasp the stick tightly with the hands touching so as to maintain control. If you don’t have a good grip on the stick, then the head and face of it tend to flap about. If you want to control and steer the ball, then you need to have the lower grip so that your centre of gravity is nearer the ball. For a shot or long pass and more power, you’ll need the higher grip. 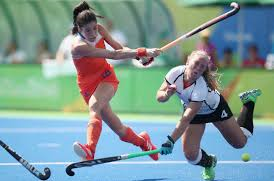 Ok, so you’re ready to hit the ball. You must have your head right over it at all times and then make sure it is a line or just slightly beyond your left foot. Grip it, pull back to the required amount and swing through the ball. Commit to the shot otherwise you’ll just not hit I hard enough. Keep it up, practice makes perfect.